SOFA was present at the Don't Muck Around Awards once again on 7th November 2017 at the Burleigh Court Hotel. Followed these Awards Loughborough In Bloom Awards... Read More » 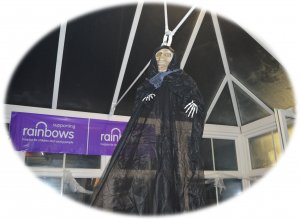 SOFA organised a Halloween social event on 27th October 2017 to thank Volunteers and staff for their hard work. At the same time we have supported Rainbow by raising £459.... Read More » 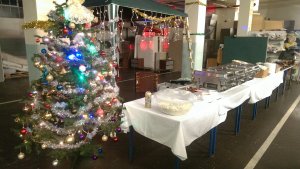 As a Big Thank you to All our lovely Volunteers SOFA provided a Hog Roast on 9th December 2016 (Gallerie). At the end of our social event we had a raffle with many prizes and a thank you speech form our... Read More » 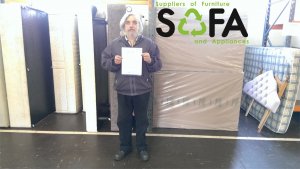 Kevin has volunteered for SOFA for well over a year and while with us he studied for and has achieved an edexcel Level 2 Certificate in Warehousing and Storage (QCF).
He says he enjoyed his time as... Read More » 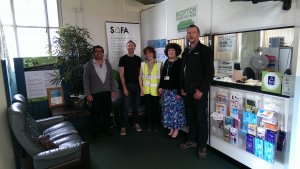 A ‘Master of Waste’ returns to Loughborough and reviews his 30 year old project.

What does it feel like to have progressed to lead major London projects, become Life President of a major charity, and reached heady heights in the Hot 100 'Masters in Waste' list* then return to a Loughborough... Read More »

SOFA was setup in 1981 in Leicester and moved into this building in Loughborough in June 2005. In recognition to our volunteers hard work SOFA offered this lovely social event with... Read More » 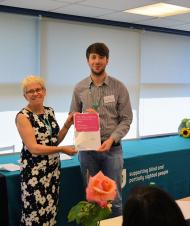 RNIB College has awarded SOFA with the "Employer Partnership Awards 2015" for the seventh consecutive year for an outstanding contribution to the employment of people with disabilities. 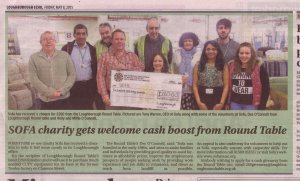 Thank you to Round Table

SOFA charity gets welcome cash boost from Round Table

The Don't Muck Around Awards ceremony was held on Thursday, 27 November, 2014, to praise and reward people, organisations, groups and communities who go... Read More » 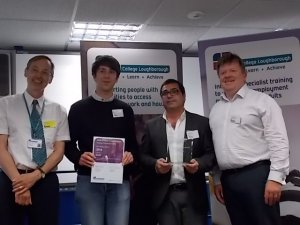 Sofa received the main award winner for the Employer Partnership Awards of the year 2014 by the RNIB College Loughborough for "An outstanding contribution to the employment of people with disabilities".... Read More »

SOFA is part of the LeicesterShire & Rutland Re-Use Network.

SOFA is a member of the Furniture Re-Use Network - a national organisation which supports, assisits, and develops charitable re-use organisations across the UK. For more information on their work and on furniture re-use in general please visit frn.org.uk.